In 2016, a crisis was at our doorstep at Ragnarson. We just lost two major clients, needed to lay off our people, and struggled to get new projects. There were more and more software agencies appearing around us, and we felt like we were “just like everyone else,” with the same, undifferentiated offering.

In the mid-2000s, when Ragnarson started its operation, we were one of the first Ruby On Rails development agencies in Central Europe. We were experts in a niche technology. We felt that we were in the right place. Ten years later, we realized that we are no longer unique. Software agencies with a similar value proposition were popping up all over the place. Software development became a commodity product.

And it felt bad, especially when you struggle with sales and have no idea how to differentiate yourself.

Operating on a crowded market is a common struggle. If you don’t have any competition, it’s likely that there is no business to be made there. Competition is good. It motivates you to keep pushing forward and care about every aspect of your company.

The problem starts when you can’t say what makes your organization better anymore. It means that you’ve lost touch with your company and your market. You’ve become just like everyone else.

In search of the Holy Grail

When companies realize that they’re just like everyone else, they’re often looking for a big business change that would lead to overnight success. A change that would move their business ahead of their competition. But in reality, every big change is made up of numerous small changes that compound together. Oftentimes, there’s no need to reinvent the wheel, but just to get back to the basics and find 1-2 things that help in standing out from the crowd.

Of course, when we realized that we are “just like everyone else,” we started to search for this one big change immediately.

Maybe we should pivot? We’ve had previous experiences with running our own hosting platform, shellycloud.com. But at the time, we had no idea what product we could build. We started to research this and ended up with few ideas.

To speed up the process, we organized a workshop with Sustainable Natives (huge thanks to Marco, Matthias, Christian, and Marius). They helped us to narrow down the list of ideas to precision farming.

After a few months, we realised that without prior experience in agriculture and farmers in our network, building a relevant product and bringing it to the market would take ages. We started looking for experts with domain knowledge and very early-stage startups that we could join forces with.

This was a challenge in itself. After several conversations with startups, it became clear that the level of trust that was needed here was difficult to build. On the other hand, a pattern emerged. Many of the startups we spoke with would benefit from additional capital and software expertise. We could easily bring both to the table. Then, after an amazing workshop with Hubert and Matthias from SmartHectar, we recognized that it makes more sense for us to invest in several companies instead of co-founding one.

The story continues. With time, one of our biggest lessons learned was that instead of carrying out a 180-degree change of our business model, we’re starting to get back to what we are good at - creating successful software, but with a slightly different approach.

There are still many steps ahead of us, but we learned that the most important thing is a constant feedback loop between our ideas and the niche we are thinking about. The fact that we started the process that after 2 years resulted in changing Ragnarson from a software development agency into a Digital Venture Builder focused on impactful startups.

It’s a cliche, but just like most cliches, it’s true. Instead of locking yourself in a room, doing research, and talking about ideas, focus on the process that could help you generate them. In this particular case, it means a sales process that enables you to constantly talk with potential customers or experts in your niche.

They are the best source of information and inspiration on how to differentiate yourself. Your job is to actively listen to their opinions and watch their reactions to what you tell them.

In order to do so, you need to have a number of regular calls/meetings each week. Whether it’s 2, 5, or 15, to have a constant stream of people who listen to you, you need a good sales process.

This is super important: you need to do it in the right volume in order to move forward. Random meetings and calls won’t do, as you might be easily biased by strong opinions. With a larger volume, you will know which insights are worthwhile and which aren’t. When you’re at the point where most of the feedback you get repeats itself, it means that you’ve done enough.

That’s why you need a repeatable sales process that will allow you to do it. But how to create one - it’s a topic for a different blog post.

Finding your business soul is a process that never ends. Losing touch with your company and the market will make you end up in the crowd of lookalike companies. How not to lose touch? By regularly talking with relevant people who know your niche and aren’t directly involved in your company. They will give you insights needed to see things from a new perspective.

I don’t feel that at Ragnarson, we found “the Holy Grail” of standing out from the crowd. But I’m convinced that with the constant feedback loop we created, we’re headed in the right direction. We believe in the process, not in its outcome. 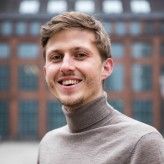